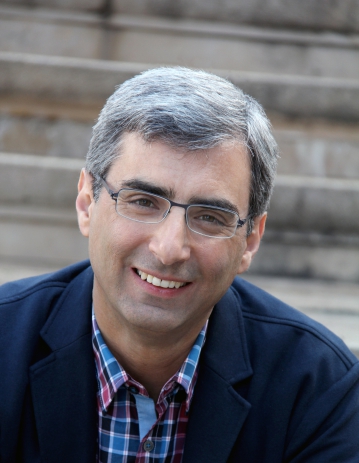 Mr. Arad was a recipient of Carnegie Hall’s Distinctive Debuts Award. He performed Bach’s Goldberg Variations for his New York recital debut as winner of the Koussevitzky Memorial Competition, made his Lincoln Center debut with the Juilliard Orchestra, and embarked on his first European tour as winner of the Young Keyboard Artists International Piano Competition. He twice won the Juilliard School’s Gina Bachauer International Piano Competition.

His critically acclaimed recordings include Bach’s Goldberg Variations, the complete waltzes by Chopin and an all-Schumann CD on MSR Classics, the complete piano works of Janáček on Helicon Records, and Bloch’s complete works for violin and piano with Latica Honda-Rosenberg for OehmsClassics.

After receiving the Sharett Scholarship from the America-Israel Cultural Foundation, Mr. Arad worked with Barry Snyder at the Eastman School of Music. He graduated from the Curtis Institute as a pupil of Seymour Lipkin, and received his master’s degree from the Juilliard School, where he studied with the late Rudolf Firkušný and Emanuel Ax.